Mediabase is a music industry service that monitors radio station airplay in US and Canadian markets. Mediabase publishes music charts and data based on the most played songs on terrestrial and satellite radio, and provides in-depth analytical tools for radio and record industry professionals. Mediabase charts and airplay data are used on many popular radio countdown shows and televised music awards programs. Music charts are published in both domestic and international trade publications and newspapers worldwide. Interesting in joining the team? Click here for more information. 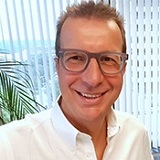 Philippe Generali is the President/CEO of RCS and Media Monitors worldwide. He joined RCS USA in 1996 as Product Manager and served as Vice President of Operations. In 2000, Philippe was promoted to President of RCS.

In 2003, he created a new division, Media Monitors, the highly successful market research company that employs RCS fingerprinting technology with several data production centers around the world. In 2007, Philippe added the duties of President/CEO of Florical Systems division, a leading television automation company. In 2010, he took the helm of Mediabase and then in 2012 brought HitPredictor into the Mediabase family.

Prior to moving to the United States, Generali was the head of RCS Europe, where he spearheaded the company's growth for more than a decade. Generali is an established leader in computer technology and management, stemming from his early school days in radio, with a technical engineering background. He was the driving force behind the US music research index, Mscore and the listening analysis tool, Audience Reaction, for which he was granted several patents.

He is a member of EGTA and sits on the IRTS board. He holds a degree in Mathematics/Physics from the University of Orleans, and a Masters of Engineering from ENAC in France. Generali is an active member of the New York-based Market Research Council and from time to time immerses himself in data science classes at New York's Flatiron School. Generali is a regular speaker at broadcast industry events around the world. Some of the most recent include: NAB (Las Vegas), Broadcast Asia (Singapore), RadioDays Europe (Berlin), World Wide Radio Summit (Los Angeles), ARF (New York), and NextRadio (London). 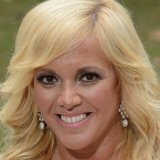 Alissa Pollack, Executive Vice President Global Music Markting oversees Mediabase's Domestic and International music ventures as well as those for Rate the Music, Test All Media, and M-Score. She is responsible for fostering new business strategies and partnerships with major record labels, broadcast groups, brands and other data providers.

In 1991, Pollack started her radio career as an intern at Z100-FM in New York City, which led her to becoming the producer for the nationally syndicated call-in advice show, “Love Phones.” In 1997, Pollack joined Premiere Radio as Regional Marketing Director and has risen quickly through the ranks. Throughout her tenure Pollack has worked closely with major brands and advertising agencies building custom artist partnerships, multi platform programs and music strategies. She also works closely with broadcast companies, music artists and labels to generate data focused roadmaps for music's current and next superstars in all formats. Pollack has been instrumental in guiding the roll out strategy for artists ranging from Katy Perry, Rihanna, Taylor Swift, Arians Grande, Ed Sheerin, twenty one pilots, Jason Aldean and Luke Bryan, to Post Malone, The Chainsmokers, Marshmello, Dua Lipa, Lewis Capaldi and Kane Brown

Pollack is proud to serve on the Board of Musicians on Call and the Executive Board of the Music and Entertainment Committee for the City of Hope and is the youngest member ever to be elected. She created and chairs the Taste of Hope Wine Dinner, which has become one of the best attended Music Industry events for over a decade. In 2013, along with Musicians on Call, she launched the Jason Pollack Bedside Performance program at City of Hope in honor of her father. In addition, she is very active in other charities including Musicares, T.J. Martell Foundation and UJA.

The New York native has a Masters Degree from N.Y.U. in Health Education/Counseling and a B.A. in Psychology. 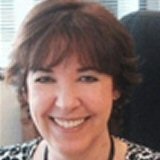 Nancy Deitemeyer is an original co-founder of Mediabase, and currently serves in the capacity of EVP of Operations for the Mediabase division. In her role, she reports to company President, Philippe Generali.

Nancy and husband, Rich Meyer, founded Mediabase in November 1985. Originally known as Mediascan, the first published newsletter was a five page, 18-hour monitor on one selected station, delivered weekly. Of course, the only way to capture that data was to fly to the selected city each week. With her one-year-old son in tow, Nancy traveled the U.S. flipping cassette tapes every hour. The response to Mediascan was extremely positive, and the business expanded to monitor other formats in each market. This data is still being produced every week on the Mediabase website under “Tuned In.”

The firm evolved into Mediabase in 1987. In its first release, the revolutionary monitored chart data generated for the radio and recording industries was distributed in a magazine format known as Monday Morning Replay. Nancy served as Associate Publisher and a VP overseeing all areas including: Company Strategy, Operations, Music Research, Accounting, and Circulation. In the early 90's, given the increasing popularity of workplace computers, Mediabase evolved from a magazine, to a data disc, and ultimately to web distribution.

In 1994, Mediabase was acquired by Premiere Radio, and in 2009 became a part of RCS/MediaMonitors. Nancy was promoted to EVP of Operations for the Mediabase division in 2010. Today, Nancy continues to lead a team of expert musicologists and is based in Sherman Oaks, CA. Nancy is responsible for all music data integrity of Mediabase, which includes 2,252 stations in 276 markets.

Nancy is originally from Lincoln, Nebraska (of course a Cornhusker fan), and holds a degree in accounting. In her spare time, she loves family get-togethers, concerts, yoga, swimming, and international travel. Nancy has combined her travel passion with running several marathons (half or full) including New York, London, The Great Wall of China, and Antarctica.

Nancy is excited about the company's vision for the future, and looks forward to taking Mediabase into the next decade. 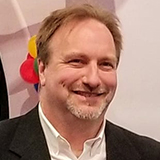 Chip Jellison is the EVP of Technology and Development leading our worldwide software development efforts across Media Monitors. Before joining Media Monitors, he got his start in broadcasting at Precision Media in southern New Hampshire. While with the company, he took on more and more responsibility moving from on air positions to more back office operational tasks including light engineering, production, music and traffic scheduling and keeping the computers running at the station.

In his current role of the head of Technology and Development, he works with a first class team of product managers and developers to produce the next generation of tools to help our clients grow their business. Chip is listed in over a dozen patent filings. 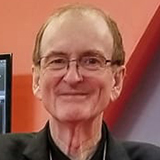 Mike Powell is a former British newspaper and radio journalist who hosted top-rated morning shows on several UK music radio stations before transitioning to station management. He was Program Director of County Sound (Guildford, UK) from 1984 to 1986 and then CEO from 1986 to 1991 - growing the group to eight radio stations. Powell designed the programming for award-winning station, Fox FM (Oxford) - a joint venture with Capital Radio (London).

After taking County Sound to a full UK stock market listing, he departed to form radio investment, research and management company, Infinity Radio, which set up Pirate FM (Cornwall) with Powell as launch CEO. Infinity then merged with UKRD Group where Mike became CEO - eventually building the group to well over 20 radio stations and associated companies.

While running UKRD, Powell played a key role in launching Manchester's Kiss 102 and served as launch CEO of Berkshire's Star FM. In 1995, he launched the new County Sound Radio Network consisting of County Sound Radio, 96.4 The Eagle and Delta Radio.

In 2001 Powell became Chairman of Infinity Media which then separated from UKRD to concentrate on digital platform technologies. In October 2002, he joined Media Monitors as Vice President of its International division. 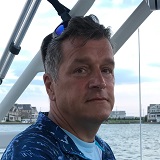 David Berry is the Chief Software Architect of RCS worldwide. He is responsible for providing architectural leadership and guiding the software development processes. Prior to joining RCS, he worked as an independent consultant where he helped his clients: launch new businesses; develop new cloud-based products; and migrate existing products to the cloud.

David is a former CTO, most notably at Synchronoss Technologies, where he took the company from start-up to IPO in 7 years. Later he became the Chief Innovation Officer where he was responsible for expanding the company's cloud-based product portfolio. 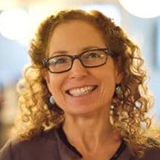 Heather Dwyer is a highly accomplished and innovative corporate finance executive with a proven track record of achievement in sales finance, financial planning/analysis, treasury and control. She implements new technologies to streamline operations and enhance efficiencies. Heather is known as a forward-thinking leader who identifies growth opportunities and ensures they are realized. Prior to joining Media Monitors Heather was a Director of Finance for PepsiCo. 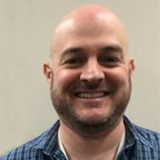 Chris Bean is the Vice President of IT at Media Monitors. Chris's responsibilities include planning the information technology future for the organization, as well as for the implementation and maintenance of current systems. Chris's background includes computer operations, computer programming and system design and is well-rounded and knowledgeable in all aspects of information technology.

Prior to being promoted Chris was the Support Manager at RCS Australia. While deeply involved with all aspects of radio Chris formed strong bonds with the entire professional radio community in Pacific Rim and beyond. 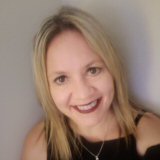 Diana's work day revolves around creative thinking on new advertising campaigns, website management and events for our offices around the globe. She manages a team of media experts and regularly collaborates with broadcast industry publications.

Diana is an associate member of the Society of Broadcast Engineers and holds a degree in Business Marketing from the University of Nebraska. Diana has served as Chairwoman on the National Association of Broadcasters Exhibitor Advisory Council and currently sits on the International Broadcasters Convention (IBC) Advisory Board. Diana also holds a position on Banner Health's Hospital Board in her local community. 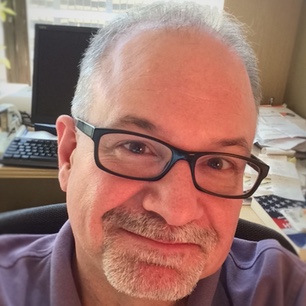 Barry spent 17 years behind a microphone at radio stations all over the country, as well as doing stints as a TV Weatherman and Standup Comic before joining RCS in 1997. He started on the phones as a Tech Support agent and over the next 20+ years moved through the Installation, Engineering and Sales departments, coming full circle today as the Vice President of Customer Experience. Passionate about customer service, Barry spearheaded the RCS Customer Success initiative aimed at super serving our customers, as well as the bi-annual RCS product surveys which give us valuable feedback from our customers.

Today he manages all of RCS Technical Support including those of RCS sister companies Media Monitors, Mediabase and Test All Media. Barry prides himself on being accessible, so if you ever have a suggestion, comment or complaint about Technical Support, you can reach him directly at Barry@RCSWorks.com